Browse Bytes
Home Apple iPhone iPhone 11 Will Now Be Made In INDIA: Piyush Goyal, Minister of... 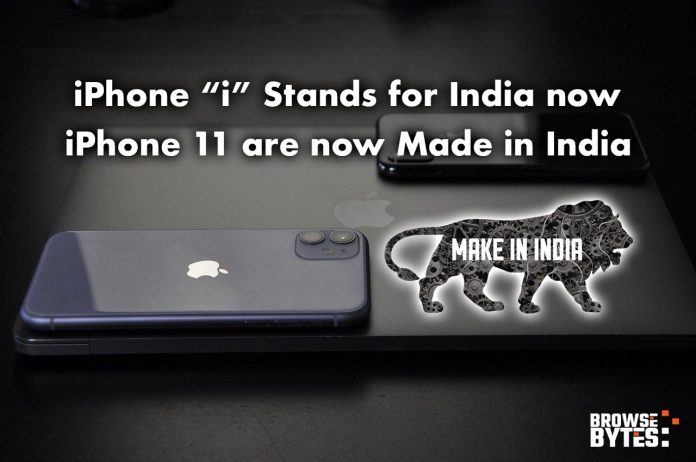 As per the tweet made by Piyush Goyal; Minister of Commerce and Industry which mentions that APPLE has started the manufacturing of iPhone 11 not in China but our own well known INDIA. This seems that the Prime Minister motive Make In India is getting more consciousness day by day.

Moreover, iPhone 11 is not the only Apple iPhone that would be made in India but Apple has already started its domestic manufacturing in India in 2017 by producing iPhone SE which was being made at Wistron’s Bengaluru which was further expanded by Foxconn’s facilities in the country.

The manufacturing trails continued as Apple made iPhone 6S in 2018, locally in the country followed by iPhone 7 and iPhone XR in 2019. This chronological arrangement shows how well our ecosystem of mobile manufacturing is developing in the country. Adding to this Apple is considering expanding its India made iPhone models by processing them domestically at the Wistron plant in Bangalore.

This developing ecosystem of mobile phones can further make a positive impact on the user’s pocket as Apple is saving 22 percent on import duty through locally manufacturing the mobiles which can make an impact on the prices but as if now prices remain unchanged.

Also, Pegatron-the the second-largest iPhone assembler after Foxconn is up to make an investment and set up a local subsidiary in the country in the near future. Continuing to this, Foxconn the leading iPhone supplier planned to invest up to $1 billion (roughly Rs. 7,491 crores) to expand its manufacturing capabilities in India by making an investment in the factory where the assembling of the iPhone models takes place.