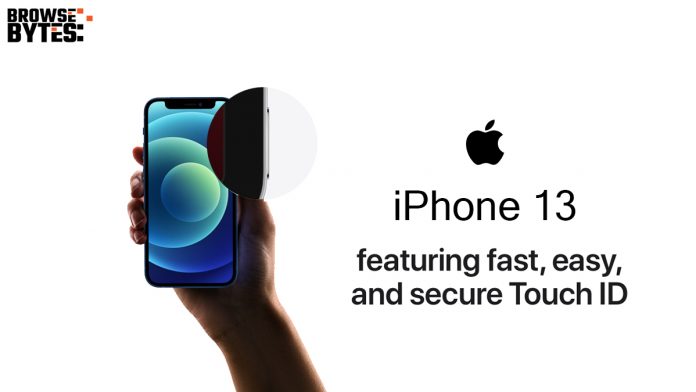 Apple iPhone 12 is just here and the iPhone 13 leaks have started, starting with the major one which says that the iPhone 13 may come with a TouchID sensor but without taking a whole lot of space as a bezel in the bottom of the screen. The TouchID sensor will be placed somewhere else.

While a lot of rumors of the upcoming 2021 Apple iPhone 13 series, one of the tipsters has re-confirmed a prediction that was made by Analyst Ming-Chi-Kuo last year, and the analyst holds a pretty decent record of leaks turning into reality or we can say his sources are very much accurate. This news will come as good news during the pandemic to use TouchID instead of FaceID which doesn’t work while your mask is on.

The best part is that now the TouchID sensor will not take that massive bezel at the bottom of the screen to fit the TouchID sensor. It will be placed somewhere else to save space and give that bit of screen experience all around the devices.

Front Page Tech YouTube Channel by Tipster John Prosser mentions in his video that Apple currently is working on its two prototype iPhones which are under testing having TouchID under the display which also means that the final iPhone 13 may not feature this tech. Though this is not something new as we have already seen it in Samsung, Vivo, Oppo, and other companies’ mobile devices.

Even though TouchID was replaced by FaceID on iPhones, So technically it shouldn’t come back but there is an appropriate reason to bring it back as due to the ongoing coronavirus outbreak the pandemic made everyone wear a mask covering most of their face which makes the sensor on iPhones FaceID to not scan our faces to unlock it making us enter the passcode every time.

There’s also a possibility of embedding TouchID in the power button, as the technology already exists we all know and it was very well demonstrated on the October Event where they used this technology on their iPad Air 2020 model.