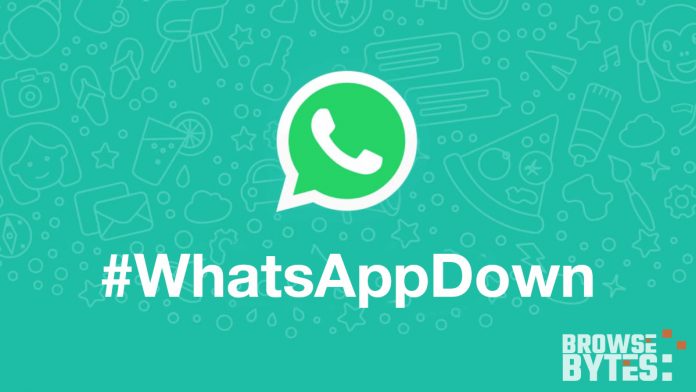 Is WhatsApp Not Working on Android Devices and iPhone’s? India users reported last seen, Typing… or Online status cannot be seen and also connection problems, privacy settings error, and more. Here, What you should know.

UPDATED: WhatsApp’s ‘Last Seen’ issue now resolved and Privacy settings option that let you choose who can see you last seen, can now be changed.

WhatsApp Down in India: WhatsApp users reporting Last Seen glitch in India and some other countries as well. Website Down Detector said WhatsApp issues in India started around 8:39 PM. And over 2200 users have reported issues with Facebook-owned WhatsApp on the website.

Other than reporting the issue on Down Detector, the troubled users started #WhatsAppDown on Twitter. Users are not able to change privacy settings losing the ability to show their last seen to their friends or nobody. BrowseBytes.com confirmed this on both Android and iOS versions of the app. Here are some of the trending images from twitter which include images of iOS and Android.

Down Detector stats tell, 64% of users experienced issues with changing the Last Seen setting on their iOS or Android devices. While 26% of users complained about connection issues, 8% of the reports suggest errors with login. The issue was first reported by BeetelBite.

According to the website’s live outage map, users from Europe, Mexico, India, Singapore and a lot of other regions were affected.

These issues arise due to server-side issues. Users bombarded WhatsApp with tweets and they are already working on a fix. If you are still facing the same issue on your iOS or Android device let us know in the comment section.