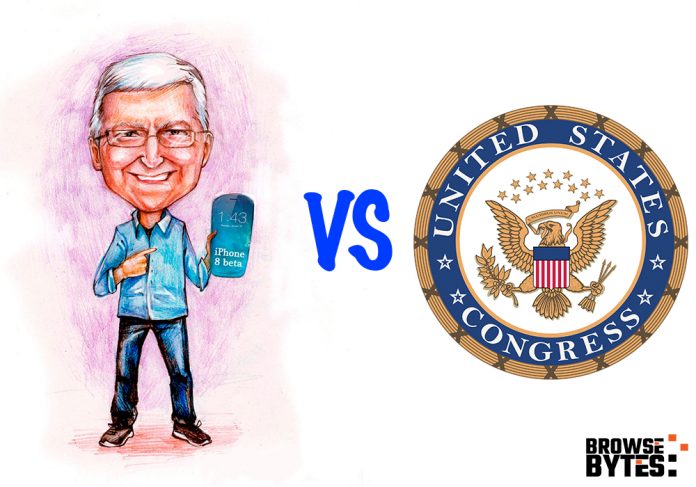 Apple enjoys enormous power to control which apps can reach the consumers and which app they want to remove from the app store as per their convenience, even some of the largest companies fear apple’s power and have to cope up with what apple wants as apple is the sole decision-maker. Also, evidence suggests that Apple has used its power to harm the rivals and boost there own fundamentally unfair business, and favoritism is being the most prominent issue the app developers are facing.

The rules governing the app Store review process are not available to the app developer, the rules are made up as apple wants them to be. They are arbitrarily interpreted and enforced and are subject to change whenever apple sees fit to change and developers have no choice but to go along with the changes or they must leave the app store that’s an enormous amount of power. Also, the rules get changed to benefit apple at the expense of app developers and harm small businesses that rely upon apple to reach customers and it stifles the innovation that is the lifeblood of the economy ultimately which reduces the competition and choices that are made available to customers.

Does Apple exclude apps from the AppStore?

Yes, In 2018 apple introduced an all called screen time which helps people to limit the amount of they or their kids spend on their iPhone but before screen times existed there were other apps in the app store that gave parents control over the kid’s phone usage, apps like our pact and kids locks and parents were dependent on them. Soon after Apple introduced screen time apple removed these competing apps from the App Store.
Also, One mother wrote to apple saying I’m deeply disappointed that you have to remove this app, and others like it thereby reducing consumer access to much-needed services to keep children safe and protect their health and well being.

So, Why did Apple remove competing apps, right after the release of ScreenTime?

As an answer to this question of the Congress Women Tim Cook replied that Apple was concerned about the privacy and security of kids the technology that was being used at that time was called MDM and it could take over the kids screen and a third party could see it so apple was worried about their safety.
This is being appreciated but the timing of removal of the app seems very coincidental as if apple wasn’t attempting to harm competitors in order to help its own app.

Moreover, Apple sidelined screen time competition by keeping them out of the App Store, and while apple claims these competitors weren’t meeting apple privacy standards these apps creators say that Tim cook admitted them back six months later without requiring significant privacy changes. And of course, 6months is truly an eternity for small buss to shut down even worse if all the while a larger competitor is actually taken away, customers.

This is not the first time something like this seems to have happened, In 2010 apple introduced an online bookstore called the iBook store where offered ebooks and the only publisher that didn’t agree to join iBookStore was random house wanted to offer its e-books through its apps and submitted their apps to be added in the app Store amidst continued negotiations between apple and random house and at the end, the random house had the only option to join the iBook Store.

Apple needs to reduce favoritism towards building its apps and should rather focus on allowing apps that have a wider scope to get downloaded and to be used further. Also by doing this apple will satisfy its customers as well as the small business app creators who build their apps to grow further through the AppStore.