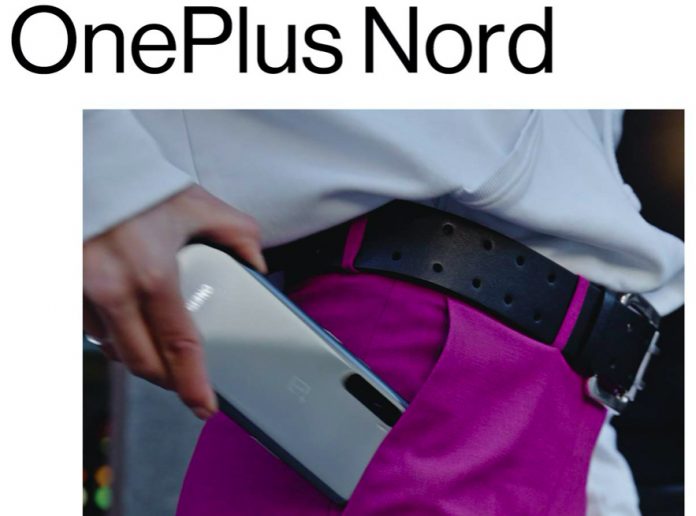 OnePlus has managed to advertise their upcoming smartphone, the OnePlus Nord. now, the company has officially revealed the launch date of the latest smartphone which is July 21. while it was confirmed by the company, that the launch date was leaked earlier through an banner on amazon on Monday.

It has been confirmed that OnePlus will launch its Nord smartphone through an AR launch event on July 21, which is set to start at 7:30 PM IST. In order to boost the promotion even after the ongoing pandemic, the company will be exposing the smartphone through the OnePlus Nord AR app. This app is available on both Android and iOS already. it will help the users to experience the new smartphone virtually.

Except that, the manufacturer of the Chinese smartphone has also disclosed that the Nord smartphone of OnePlus will be available for pre-orders on July 15 through there E-commerce partner, amazon. accordingly, to book one, the customers will need to drop off Rs 499. the dropped amount will be reduced from the final bill when there will be the purchase of the smartphone.

If the customers manage to complete their purchase before August 31, they will be getting a gift box along with the phone, which will include the OnePlus bullets wireless V1 headphones, and a phone cover for free.

According to the concerns about the specifications, the company has already mocked that the OnePlus Nord will come with the Qualcomm Snapdragon 765 G processor. the smartphone will be having triple rear cameras and a dual camera on the front.

Also, the smartphone will be launched with a price tag of around USD 500. so according to USD, the phone could launch in India for around Rs 40,000. at that price point. the phone is going to compete against the more flagship smartphones like iPhone SE (2020) by apple, Samsung galaxy note 10 lite and many more.