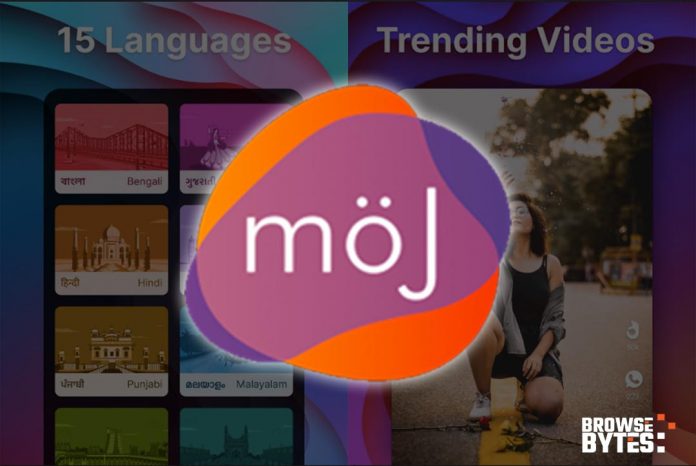 Moj is an Indian platform created by ShareChat for regional social media. this app is nowhere is being replaced with the popular Chinese app called TikTok. The app helps the user to create a great platform and it also helps the TikTokers to build up their audience here. Moj app is the same as TikTok because it allows the users to make short videos with some special effects, stickers, and emotions.

Moj is available on both play store and ios and has achieved very much success in India. It is one of the top trending apps on-page at play store. In less than a week, The Moj app achieved 1 million downloads.

Well talking about the features of this app is the same as the TikTok as it allows the users to download any video whichever they like. Also, the Moj app supports 15 languages, which specify that this app is not only focused on urban users but the rural users also.

In the Moj app, the users can post 15-second video shoots. By using filters and emoticons they can make their video more good and attractive on this platform. This app also has a very famous feature like TikTok that is it allows the function of lip-syncing which can be used for repeatable dialogues or sing to some of the good tunes.

As the ShareChat has developed this moj app to target only the Indian audience. It does not support the English language. ShareChat app is also available in only regional languages.