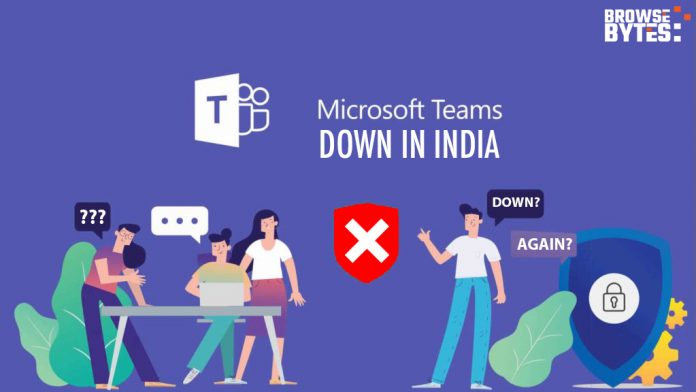 The organization which provides communication and collaboration from Microsoft went down today causing millions of users to be restricted from using the persistent workplace in this massive Covid-19 pandemic times.

According to the outage monitor portal DownDetector, 68% of the users reported that they were facing server connection issues, 28% of users faced login issues while 3% of users reported website issues. Microsoft was yet to report the problem.

The users begin facing the problem from 9 am to 1 pm when they were ongoing with there meetings or online classes while using the new workplace from there homes, other than that many of them were not being able to join the classes or meetings, mostly students who were taking their online classes faced difficulty in joining the classes.

Also, several teachers from Noida reported that they were unable to connect and faced many difficulties doing that due to the app being down for hours and not providing any service.

Back in February also Microsoft confirmed Teams was down because the tech giant forgot to renew a critical security certificate. Due to this millions of users faced problems and even now due to some issue users are facing problems from using there communication and collaboration tool as it is not viable for anybody these days to go to the offices and have meetings.

Microsoft Teams has now 75 million daily users reported by Microsoft itself. According to this number, it is more than double what Microsoft Teams saw in its early March. On one day, it logged 4.1 billion meeting minutes. So they are updating their systems and are becoming more capable.

The new Microsoft Surface Duo: All you need to know