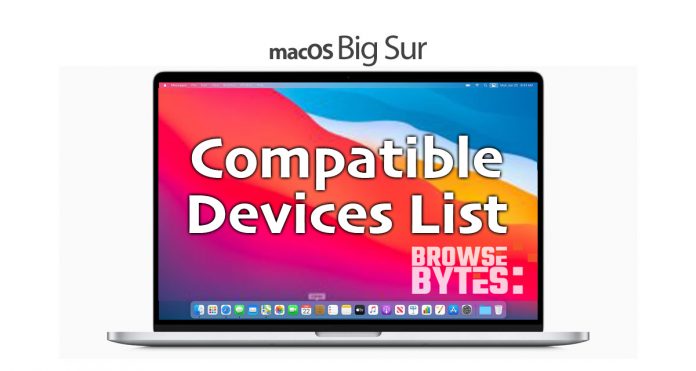 macOS 11.0 Big Sur compatible macs list. Is your Mac compatible with the new Apple macOS? Find out down below.

Right after Apple announced macOS 11.0 Big Sur, mac users are wondering if their Mac is compatible with it or not. To resolve that doubt, down below is the full list of Macs that will work with macOS 11.0 Big Sur.

If you were giving a thought on purchasing a refurbished or used iMac, MacBook, or Mac mini anytime soon and want to take the taste of macOS 11.0 when it is available, then you should definitely use this information before that thought.

So, you can check the list below to know whether your Mac is compatible or not, or the Mac you are planning in future, will be able to install macOS 11.0 on release day:

If you own one of the Macs listed above, then you’ll be able to download macOS 11.0 public beta or the final version later in the year when it is ready for the public.

If you own one of the Macs listed above, then it means that you are going to get all the improvements and feature enhancements that come with macOS 11.0 when it is publicly released later in the year. If not, then either its time to think about a hardware upgrade or wait for the patchers to come out.