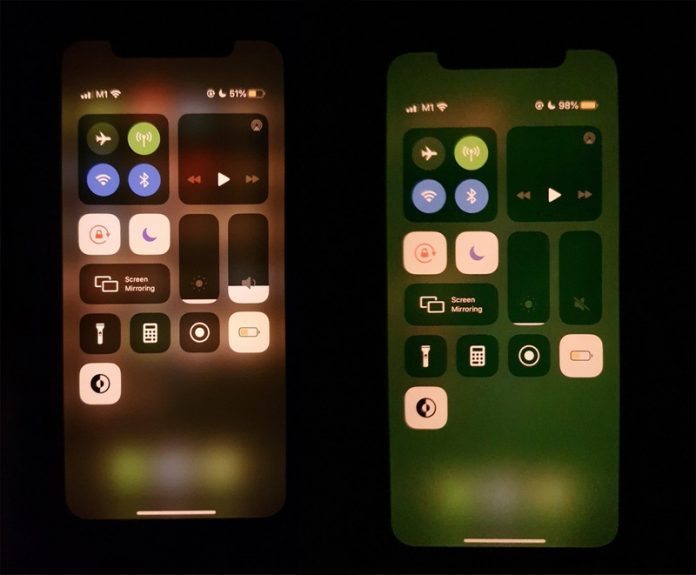 Some iPhone 11 and iPhone 11 Pro users are facing issues of a strange green tint to their screens which can be seen when they unlock their devices.

Most of the time green tint goes away almost right away. While reports have been occasional in the past few weeks, there’s been a slight increase in the number of people reporting similar issues.

A lot of users have now taken this matter to social media, Reddit, and forums. One MacRumors forum-goer briefs that this issue happens one in 4 times when they unlock their iPhone 11 model.

A reader described the issue: “About 25% of the time when I unlock my launch day iPhone 11 Pro the screen looks all washed out with a green tint. After about 3 seconds it flashes back to normal. Anyone ever has this happen or know if this is a problem on ‌iPhone‌ 11s? I should probably do a restore/set up as new but I’m trying to avoid that if possible.“

Most of the users facing the issue noted that the problem started right after updating to iOS 13.4.1 but it hasn’t been corrected in the following releases of iOS.

It’s a piece of good news for those who are facing the issue as it is not a hardware issue, but something that needs to be fixed in software. Apple hasn’t fixed it yet despite multiple software updates are out since the issue came up.

Does your iPhone 11 or iPhone 11 Pro or iPhone Pro Max have the Green Tint issue? Let us know in the comments section.