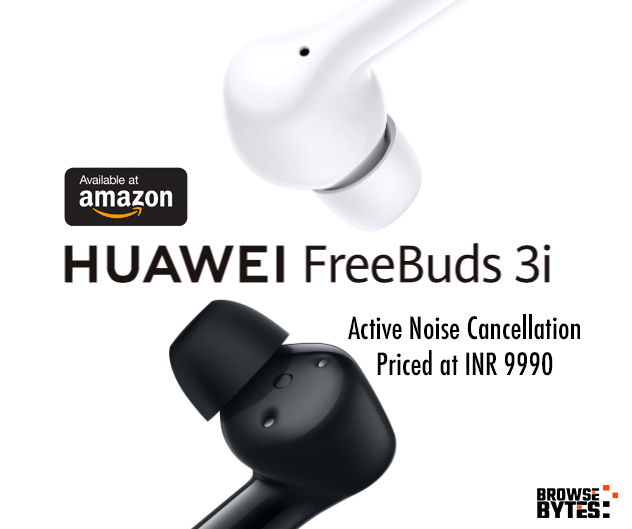 On Thursday Huawei, the Chinese technology brand has launched its latest true wireless earbuds in India, which is named Huawei FreeBuds 3i. The Huawei FreeBuds 3i is available in two color variants, the first one is the carbon black and the second one is ceramic white. the color variants are also listed on the official website of Huawei.

The Huawei FreeBuds 3i includes 10mm drivers and supports easy connectivity options by simply opening the charging case. The Huawei FreeBuds brings an IPX4 rating which makes them water resistant. with these earbuds, huawei offers four silicone tips in different sizes for different users. the weight of each reargued is about 5.5g and the weight of charging case is about 51g, as according to the company.

While talking about the connectivity, the Huawei FreeBuds 3i supports Bluetooth version 5.0 and the case supports a USB type C port for charging.

The price of Huawei FreeBuds 3i is Rs 9,990 in India, these true wireless earphones will be out for sale on the Amazon India website during the sale of a two-day prime which is set to be held on August 6-7.

Honor 9A, Honor 9S and MagicBook 15 Price and Specs Launched in India

The US may finalize the Ban over Huawei Equipments.