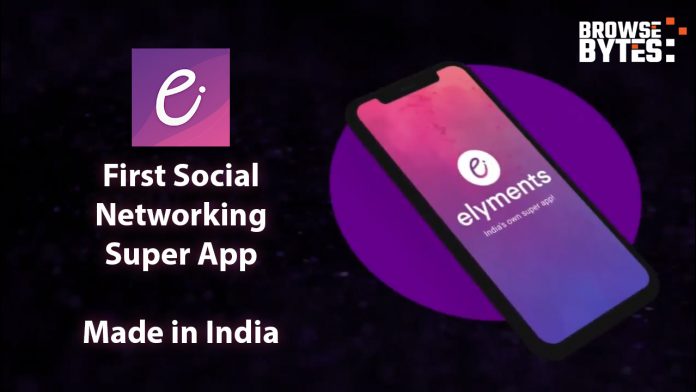 The Elyments app is an attempt to make a super app that brings social media, messaging and privacy under one roof.

India’s Vice President Mr.M Venkalah Naidu has recently launched The Elyments app in India. This app allows users to take photos and videos, to have a conversation, browsing and uploading posts, to connect with people through audio and video calls, and more with a highly protected privacy. The app claims to keep the user’s data safe with end-to-end encryption within the proximity of the country’s data servers itself.

The app already hit the milestone of 1 million downloads on Google Play Store within 2 days of launch. The app is currently available in more than eight languages in India.

The elyments app has a simple UI. It is isolated in 5 sections that are as follows:

You need to follow these simple steps to start using the app:

The makers attempt to make a social media app that consists of everything just by one click, with an organized UI and a brilliant privacy factor. This app also allows the user to access various other social apps such as Whatsapp, Facebook, and more. The app would get more features and updates in the future and can be considered as competition in the arena.