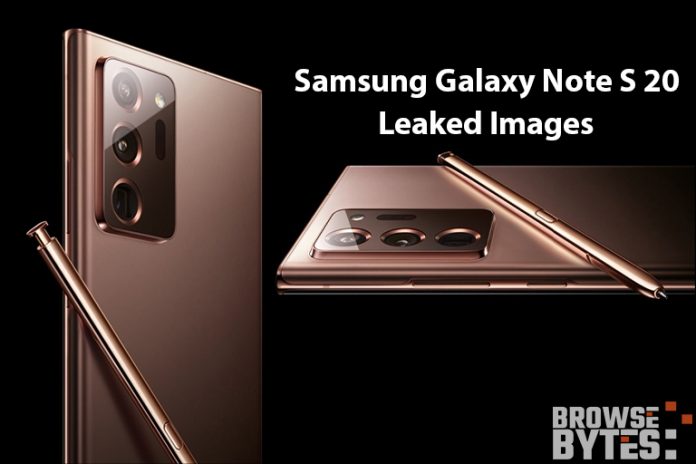 Well, the Samsung Russia might have accidentally posted the images of Samsung Galaxy Note 20 Ultra on its own website.

The image has a bronze or copper-colored device was first spotted by Ishan Agarwal and posted them on twitter. The Samsung Russia website at the bottom of the page named device Samsung Galaxy Note 20.

The phone appearing in the leaked photos actually seems quite similar to the design of the existing Samsung Galaxy 20 though it looks pretty good.

However, as of right now the images seem to have been pulled, and in fact, all the content from that specific URL seems to be pulled down altogether.

It is very much possible that someone possibly the web designer of Samsung’s website got their hands on the wrong assets and that was the end of that. It’s very likely that Samsung is expected to announce the Galaxy Note 20 very soon so the timing of new images being available does fit in properly. Although we weren’t supposed to see them now, I mean at least not before the official launch!