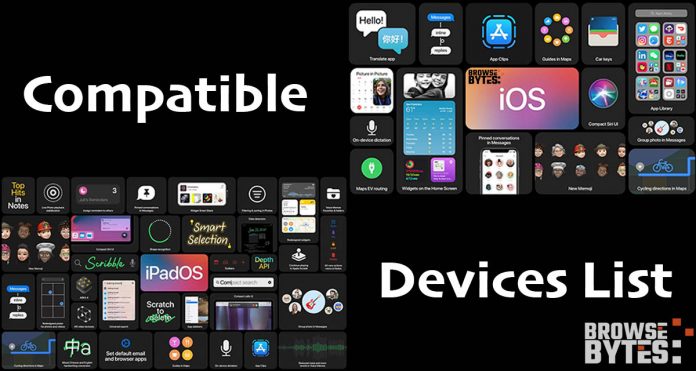 If you were giving a thought on purchasing a refurbished or used iPhone, iPad, and iPod anytime soon and want to take the taste of iOS 14 and iPadOS 14 when it is available, then you should definitely use this information before that thought.

If you own one of the iPhone, iPad, and iPod listed above, then you’ll be able to download iOS 14 public beta and iPadOS 14 public beta or the final version later in the year when it is ready for the public.

If you own one of the iPhone, iPad, and iPod listed above, then it means that you are going to get all the improvements and feature enhancements that come with iOS 14 and iPadOS 14 when it is publicly released later in the year. If not, then its time to think about a hardware upgrade.