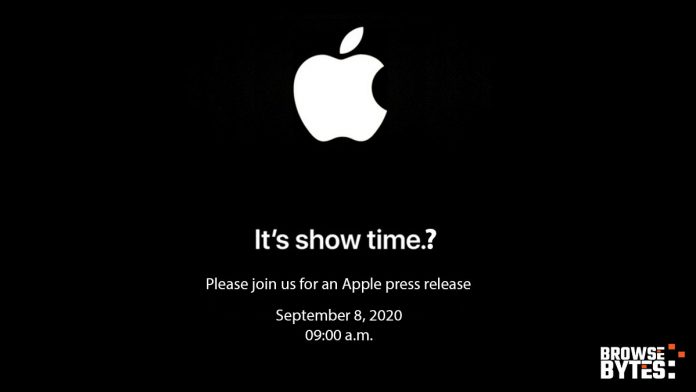 According to the new rumours around the web, it is mostly confirmed that the Apple is going to release something on 8 September 2020.

Various Apple Leakers confirmed this and a reliable Leaker, Jon Prosser, on his Twitter account, and he also mentioned that it will be a press release that is scheduled for 09:00 AM EST, Tuesday, September 8th, 2020.

Read more: iPhone 12: Latest News, Leaks, Specs, and all you need to know

As we notified our readers a few days back about the same that a possible press release from Apple is confirmed for 8th September, with a couple of other leaks including the possible iPhone 12 launch on the 27th of October with other devices alongside a new refreshed Apple iPad Air 4, Apple Watch Series 6, Updated Apple Watch SE replacing the Series 3 with new internals in it, and AirTags, and AirPower might also be released this year.