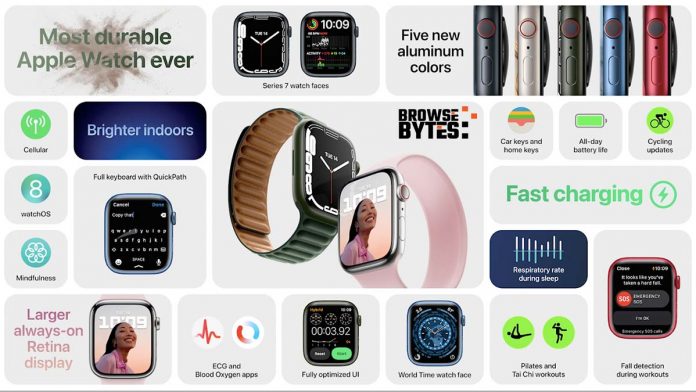 Apple Watch was expected with some major design change as shown by in leaks but we did get lucky in terms of bigger screen size.

Now you get a full keyboard to type

Fast Charging with 33% faster than usual

No new major features were added as such

5 New colors in Aluminum, rest Stainless Steel, Titanium, and Nike watch colors remain the same with some new bands added to it.