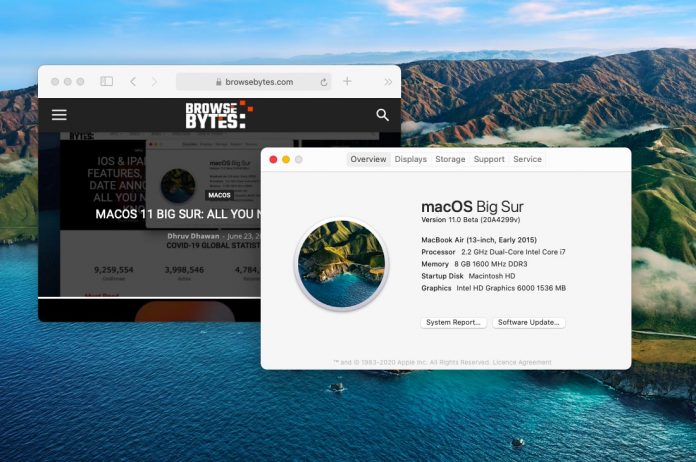 Apple has launched its beta version of its Mac Operating System, the macOS Big Sur to give non-developers a software of its public release try as, it is still under development and being tested as of now where users can experience unexpected bugs, so try to backup your important documents at a safe place. This new update will bring new enhancements and significant changes were required as well as some additional privacy tools will be updated. As when you will open the Big Sur Beta you will see that it looks different than the previous versions of macOS. This update is considered to be the update that macOS has received for years.

Moreover, the notification center is no longer separated and is combined now i.e the Notifications and Widgets can be seen together. While Apple has also added a dedicated control center for making it easy to operate items like Wi-Fi, Volume, Brightness, and Bluetooth connection of the Mac.