Browse Bytes
Home Apple Apple iPhone SE 2020 to go on sale via Flipkart on May... 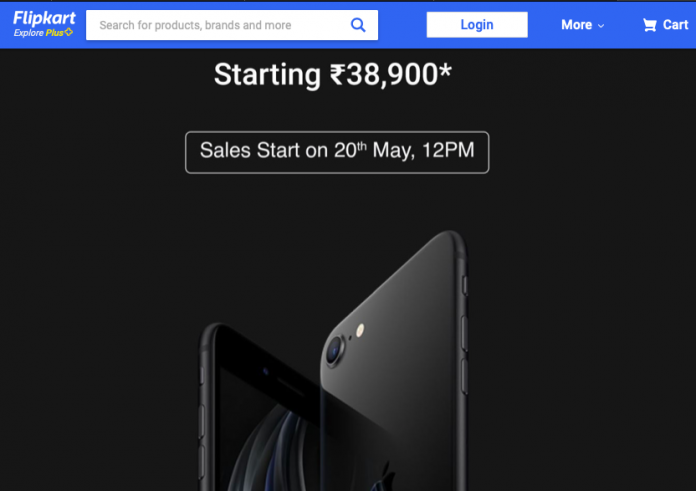 Other than Flipkart, Apple’s new budget iPhone SE 2020 will also be available in India through IndiaiStore where HDFC cardholders will have the same benefits that are available on Flipkart.

Coming to the specifications, the iPhone SE 2020 comes with a 4.7-inch Retina HD display and Touch ID. It is powered by Apple’s A13 Bionic chipset, which also powers the company’s iPhone 11 series smartphones.

It has a 12-megapixel camera with f/1.8 aperture at the back and a 7-megapixel camera on the front with 1080p HD video recording at 30 fps. It is available in Black, White and (PRODUCT) RED colour variants.